Today, ahead of the European trading session, the single currency is trading at 1.2457 against the greenback, while the US dollar index (DXY) is at 88.82. This marks a rise of around 80 pips on the EURUSD pair over the last 24 hours, which is mostly the result of weak inflation and retail sales data from the US in January, both of which were published yesterday at 16:30 EET.

Retail sales in the US dropped by 0.3% in January compared to December, which gave investors serious cause for concern. Additionally, inflation grew by 0.5% month on month as a result of a surge in energy prices rather than as a result of economic growth. These negative figures cast doubt on continued stable economic growth in the US, which is therefore weighing down on the dollar.

Among today’s data releases, I think it’s worth taking note of the USA’s industrial production index for January, which is set to be published at 17:15 EET.

On the back of weak US data, the EURUSD pair has almost completely fulfilled my S1 scenario, which I wrote about in yesterday’s review. As such, on the hourly timeframe (H1), the pair is testing the “double top” level (1.2480 – 1.2520): 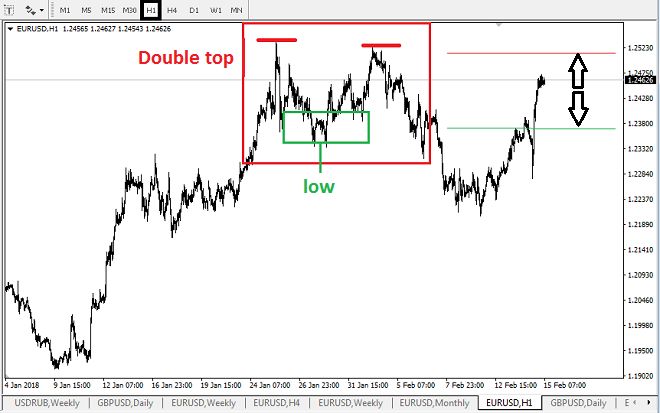