The Simple Moving Average Convergence/Divergence (Simple MACD) is a lite version of standard technical indicator MACD from PTMC terminal, with the only difference: its data displaying method is widely spread online (MACD as a histogram with its Signal line). Let's recall what is MACD indicator and how it meant to be used.
The MACD is the technical indicator based on the difference between default 26- and 12-period exponential moving averages (EMA). A signal line is available in order to distinguish momentum for buy or sell. 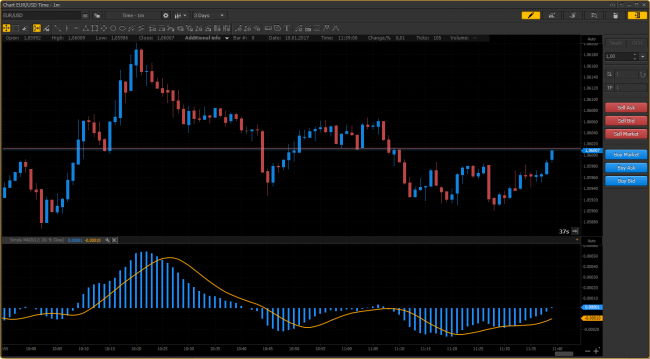